We meet Adelaide on not a great day in her life, at the funeral for her mother. She was taken by a fever that had ripped through the medieval town of Cologne. It was just Adelaide, her mother and her father, who was a cobbler by trade making their lives together. However, recently her mother's cousin Galadriel had come to visit after her baby and her husband had been killed by the same fever. She was there to try to take care of her cousin but it was no use.

Adelaide's life isn't the only one in uproar. All over Cologne there's pockets of unrest, especially against a number of corrupt religious figures more concerned with lining their pockets than with the good of their flock. There's even a copy of the Bible in German available, so the literate people could read it for themselves and not just trust what their clergy were saying!

A stable presence in Adelaide's life is Ivo, the love interest. His life is harder than Adelaide's due in part to a drunk, no good father but he still finds time to sneak out at night and catch fireflies with her.

Then things really start to unravel: a family betrayal, arson, false imprisonment, torture, revolution and more. Does Adelaide get out of this whole mess with her loved ones intact and herself alive?

I'll be reviewing the sequel to this book, the Countess's Captive, in a week or two, so you don't have to wait to find out what happens next!

This book was a super fast read. I looked down at the page percentage on my Kindle while I was reading and was always surprised by how fast it was moving! 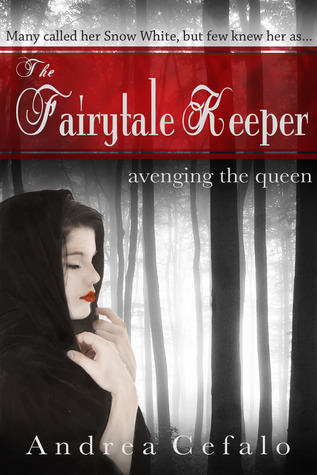 Are you curious about what character from the book you are? Take this quiz and find out! (Isn't that fun?)

There's also a giveaway for a $25 gift card and a custom clutch. Enter here!

Besides being the award-winning author of The Fairytale Keeper series, Andrea Cefalo is a self-proclaimed medievalist, hopeless bookworm, and social media junkie. She graduated with honors from Winthrop University in 2007 where she studied Medieval art history and children’s literature. The next three books in The Fairytale Keeper series—The Countess’ Captive, The Baseborn Lady, and The Traitor’s Target—will debut in 2015 and 2016. She resides in Greenville, South Carolina—ever perched before her trusty laptop—with her husband and their two border collies.
For more information please visit Andrea Cefalo’s website. You can also find her on Facebook, Twitter, and Pinterest.